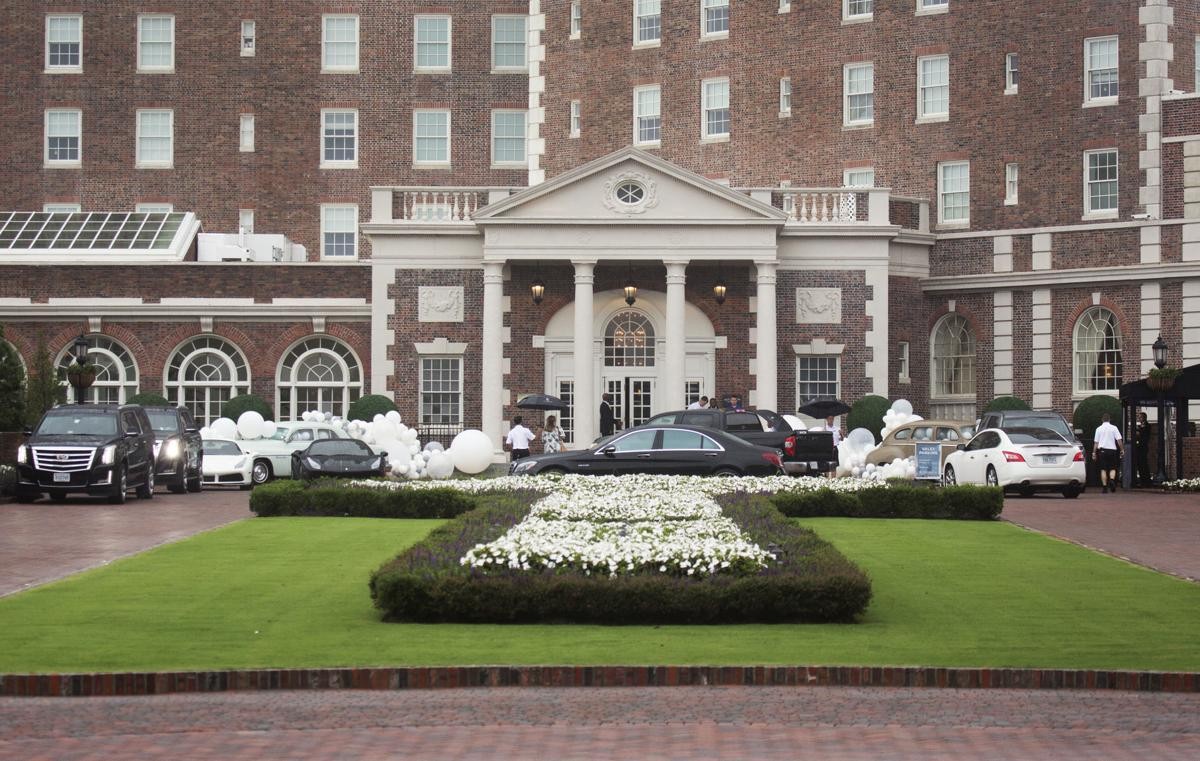 Guests include Kim and Kanye and Pharrell Williams.

Outside The Cavalier Hotel, things seemed very quiet on a rainy Saturday afternoon.

But the scene inside told a different story.

Rap star Pusha T, who grew up in Virginia Beach, and his longtime girlfriend, Virginia Williams, chose the recently restored Oceanfront landmark as the spot for their wedding.

Among those on hand to witness the union: Kanye West and his wife, Kim Kardashian West, and Pusha T’s best man and fellow Virginia Beach musical luminary, Pharrell Williams.

During the day, white and black Ferraris were parked outside the hotel – out of view of passersby on Atlantic Avenue – and white balloons surrounded the front entrance.