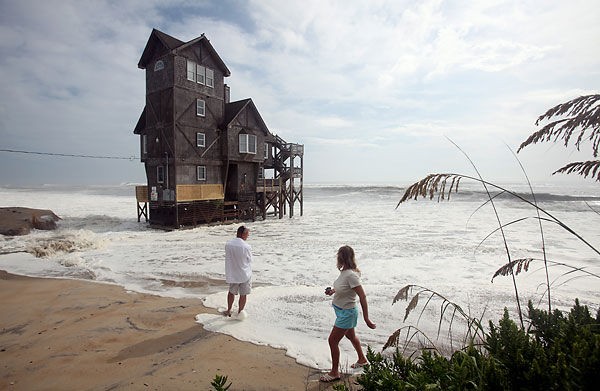 The “Nights in Rodanthe” house, the setting of the 2008 movie starring Richard Gere and Diane Lane, just went on sale for $1.25 million.

The six-bedroom home sits on the oceanfront just off N.C. 12 in the village of Rodanthe.

Ben and Debbie Huss of Newton bought the house with the distinctive blue shutters in 2009. The house had to be moved a few hundred yards from a precarious spot at the north end of Rodanthe where the surf washed against the deck steps.

The movie’s interior scenes were shot at a Wilmington studio.

Huss was not getting to stay in the home as much as he wanted and decided to sell, Jakob said.

Huss plans to replace the siding and windows as part of the sale, Jakob said. A billboard about the house goes up next week along N.C. 12. The house consistently earns $125,000 a season in rental income, he said.